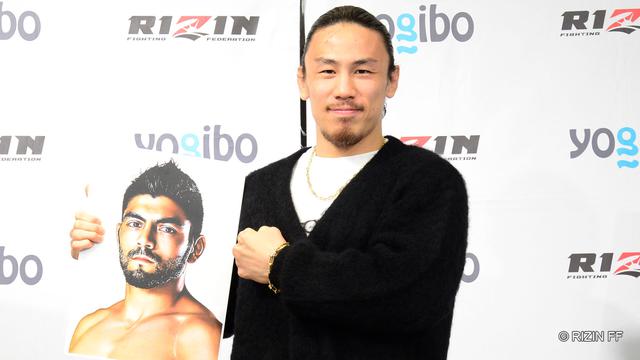 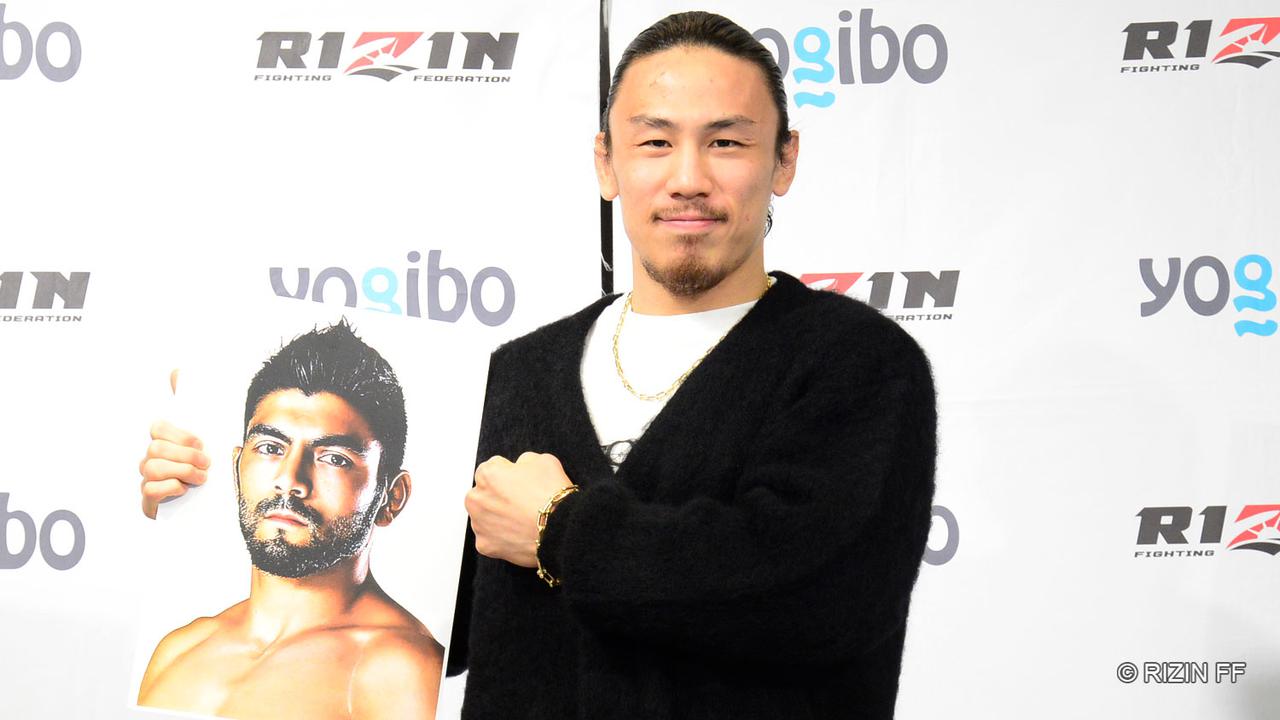 RIZIN CEO Nobuyuki Sakakibara stated “We have officially been told that international athletes will not be able to enter the country until December 30th, so we have been in the process of making major changes to the card. These covid times have been quite challenging but with the staff and fighters’ support, we have been able to put together some great cards. We are also happy to announce that we will be allowed to put on an event at 100% capacity for the NYE show, so we expect about 25,000 in attendance. NYE in Japan has always been something special for the fight fans in Japan, and the ‘fight expo’ has always taken a big part of it. We haven't been able to do our fight expos since the pandemic, but I am happy to announce that we will hold the fight expo during the day time for December 31st.”

Roberto Satoshi Souza (12-1, 5-1 RIZIN FF) vs Yachi Yusuke (23-11, 8-5 RIZIN FF) The reigning and defending RIZIN Lightweight Champion solidified himself as the bonafide #1 fighter at 71kg when he met Lightweight Grand Prix Champion Tofiq Musayev at RIZIN’s historical Tokyo Dome event - RIZIN.28. In what was the first MMA event at the legendary venue since 2003, Souza captured the vacant crown just 72 seconds into the bout with his patented submission skills, snapping Musayev’s 7 year, 14-fight win streak. The victory was Souza’s 12th 1st round finish (out of 13 total wins). His only victory past the 1st round was a 2nd round TKO over Satoru Kitaoka in his promotional debut at RIZIN.15 in April 2019. Former PXC & Shooto Pacific Rim Featherweight Champion Yachi’s path to the belt was not as smooth as Souza’s, having started his RIZIN career 5-0 with 4 finishes, scoring his biggest win on the 2017 NYE show against ‘The Fireball Kid’ Takanori Gomi. A shock KO loss against Luis Gustavo 8 months later would be the start of a 1-5 skid for the once promising contender, with his quickest loss being a TKO in under two minutes against Souza. Yachi would not compete on the 2020 NYE card, continuing to train, reinventing himself and his style. He defeated Shooto Lightweight Champion Yuki Kawana by unanimous decision at RIZIN.29 in June, and then turned around 3 months later to best the DEEP Lightweight Champion Koji Takeda also by unanimous judgment call. Although he was determined to defeat each domestic champion, the Pancrase Lightweight Champion Takasuke Kume is set to unify and defend his belt at Pancrase on December 11th against Interim Champion Tatsuya Saika. With two domestic champions defeated, and his history with Souza, Yachi could score his 9th win and move to 3rd all time in the promotion’s record books.

Yutaka Saito (20-5-2, 3-1 RIZIN FF) vs Mikuru Asakura (15-3, 9-2 RIZIN FF) Former Shooto and RIZIN Featherweight Champion Saito is just one fight removed from his championship reign. A cut caused by a knee at the end of the second round of his bout with DEEP Champion Juntaro Ushiku prompted the referee to call a halt to the contest, handing Saito his first loss in 5 fights spanning 2 and ½ years. Saito’s 4-fight win streak saw him defeat 40-fight JMMA veteran Hiroyuki Takaya via 1st round knockout, one of Japan’s top grapplers in Kazumasa Majima by a 2nd round KO, and two closely contested decisions against Mikuru Asakura and Vugar Keramov. The aforementioned opponent, Asakura, will be stepping into the RIZIN ring for a 12th time, which ties him with his brother Kai and Jiri Prochazka for 2nd all-time most appearances in RIZIN. Having started his RIZIN career with a perfect 7-0 record, Asakura is 2-2 in his last 4 bouts, coming up short against Saito for the inaugural Featherweight Championship, and losing to fellow top contender Kleber Koike at the RIZIN.28 Tokyo Dome event. However, he was able to rebound after both losses with wins over Satoshi Yamasu and Kyohei Hagiwara - bouts where he displayed his striking and wrestling abilities. With the champion Ushiku defending his DEEP Featherweight Championship on December 12th, the two top contenders meet at the summit of RIZIN’s 66kg division, to determine who could be the next in line for Ushiku.

Ayaka Hamasaki (23-3, 9-1 RIZIN FF) vs Seika Izawa (4-0, 0-0 RIZIN FF) The two-time Super Atomweight Champion has taken on and defeated all comers, showcasing her abilities on the ground and on the feet, claiming first round finishes and all-time classics that went the distance against fighters younger and older than her. Hamasaki has rattled off 4 straight wins since her split decision loss to Seo Hee Ham at RIZIN.20, reclaiming her title and making one defense. Now, she will welcome the undefeated 24-year-old DEEP JEWELS Strawweight Champion Seika Izawa to the RIZIN ring. Izawa Is 4-0 in MMA and 4-0 in grappling matches, most notably defeating veterans Mika Nagano and Emi Tomimatsu at DEEP JEWELS 34 by submission in under 5 minutes combined. Her last bout was a unanimous decision win over Si Woo Park at DEEP 104 Impact in October - who holds a win over recent RIZIN debutant Saori Oshima. Oshima, who scored the biggest win of her career in her RIZIN debut against former Champion Kanna Asakura at RIZIN.31, could have brought in the new wave of talent at 49kg. Can Izawa also make an upset against a RIZIN champion in her debut?

Kyohei Hagiwara (5-4, 4-2 RIZIN FF) vs Hiroaki Suzuki (1-0, 1-0 RIZIN FF) Hagiwara’s RIZIN career has seen him score one of the promotion’s latest stoppage wins and fastest knockout wins, with one coming 22 seconds into the first round, and one with 20 seconds left in the final round. Ever the fan-favorite, all 4 of his wins have been by KO/TKO, and each event has seen him gain more and more popularity with the crowd. His high-profile bout against K-1 starlet turned mixed martial artist Ren Hiramoto at RIZIN.26 propelled him into the limelight, and his next bout was a huge jump in competition against former title challenger Mikuru Asakura at the premiere RIZIN LANDMARK event as the main event. Despite being outwrestled for 15 minutes and losing a unanimous decision, he would come back against Asakura’s teammate Shoji - once again in the main event for a new RIZIN series, RIZIN Trigger. With an emphatic soccer kick finish, Hagiwara’s matchup against Suzuki should prove to be an action packed tilt. Suzuki, who made his debut at the LANDMARK event and will be standing across the ring from Hagiwara on New Years’ Eve, is making just his 2nd appearance as a mixed martial artist, and his 2nd appearance in RIZIN. Serving as Souza and Koike’s striking coach, the former SHOOT BOXING Champion has sharpened his tools on the ground with the jiu-jitsu specialists. A knockout victory over Keisuke Okuda just under 2 minutes in his MMA debut is a sign of things to come for the 36-year-old kickboxing champion. Will it be a striker’s delight, or another dominant showing from Hagiwara against a kickboxer?

Koji Takeda (12-2, 2-2 RIZIN FF) vs Beynoah (1-1, 1-1 RIZIN FF) DEEP Lightweight Champion Takeda makes his 5th appearance under Japan’s premier banner. With a hat trick of wins over interim champion Juri Ohara and a win over fellow domestic champion in Pancrase’s Takasuke Kume at RIZIN.27, the 26 year old is firmly at the top of the division. Despite losing his last bout against Yachi Yusuke at RIZIN.30, he still has many fights ahead of him in the division. His path to the title begins with relative newcomer Beynoah. The RISE Kickboxing Champion has had two exhilarating performances in RIZIN thus far, dropping a decision in his MMA debut against former DEEP Featherweight Champion Satoshi Yamasu at RIZIN.28 due to a red card, and stopping former GRACHAN Welterweight Champion Daryl Lokoku just 3 weeks ago at RIZIN.32 in Okinawa. In both bouts, he showcased his takedown defense and striking abilities from different positions. A win against a champion in just his 3rd bout would send shockwaves across the division.

“Under the given situation with covid, if this is the fight that the fans want to see, I think it is a meaningful fight. I expect a totally different fight in this rematch with Asakura.”

“My opponent is young and is on a roll which makes me excited. But I will spoil her debut with a one sided performance with a finish. ”

“My opponent is called [the beast] but I plan to become the beast slayer on NYE. He’s a great striker but I will teach another kickboxer that MMA is something different.”

“I’ve been told that my opponent’s real job is a comedian but he’s a legitimate and entertaining fighter. I hope to put on a fun scrap with him. I usually say [darker the stronger], so I need to work really hard on my tan this time.”

“I’ve known Sekine as a fighter since I got into this sport and I’ve always felt that he is somebody I would have to fight to take my career to the next step. This is truly a great honor.”

“I know that this title fight fell right into my lap but I will capitalize on this opportunity. Since my first fight against Souza was so one sided I know that people think I have no chance. But I’ve changed every aspect of my training environment and I am a totally different fighter now. You can count on me.”

“I think NYE is the biggest night for the Japanese combat sports scene. I’ve fought Saito once but I believe we’re both totally different fighters now. I promise you a fun fight.”

“People call me the rising star of women’s MMA. I am currently a student but I will show that hard work and dedication can make you realize anything.”

“I’m excited to be given such an opportunity against RIZIN’s new poster boy on such a big stage. I can’t wait to eat him alive and take everything.”

“Oss. Fighting on the NYE show has been one of my goals. I would have taken this offer over any other job in the world. Luckily for me, I had no other offers for my real job so I didn’t have to choose.”

“I’m 48 years old and I have been attending every NYE event as a paying fan for about 20 years. This is a true dream come true and a grand sum of my fighting career. Watch me put on a show.”

RIZIN.33 will be broadcasted LIVE on SkyperfectTV, streamed on RIZIN LIVE PPV and Exciting RIZIN with Japanese commentary. International PPV with English commentary will be available on LIVENow with Joe Ferraro and Damien Brown as commentators. Doors are expected to open at 12:30PM with the Opening Ceremony at 2:00PM on December 31st (Fri) at the Saitama Super Arena. 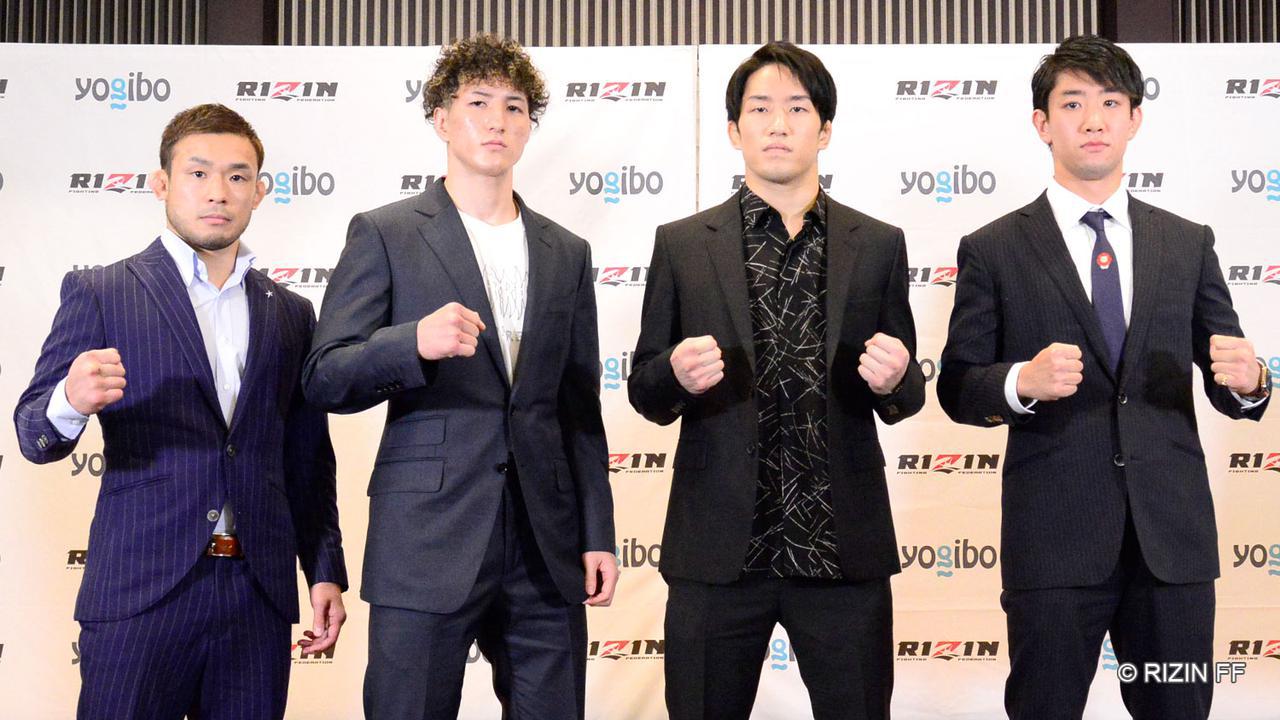 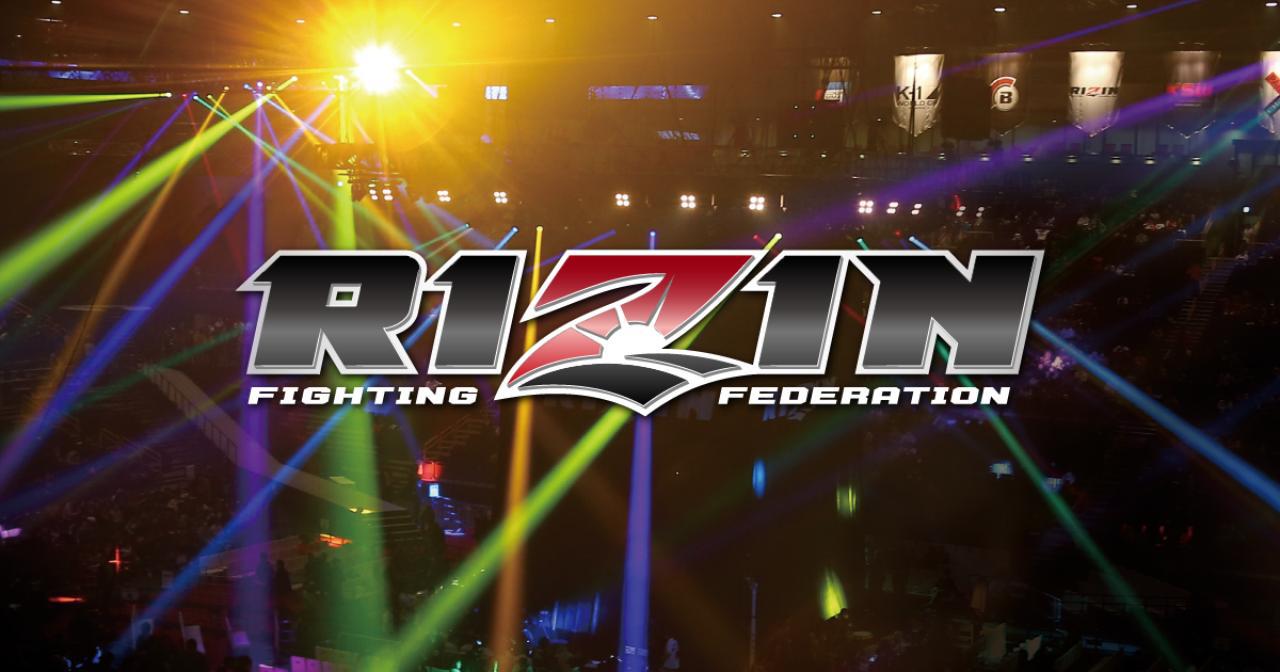