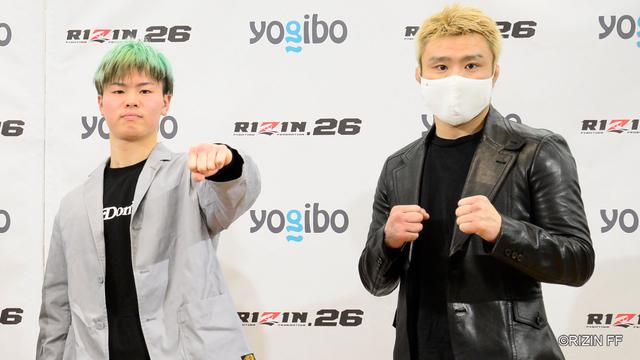 RIZIN.26 will be taking place on December 31st (Thur) at the Saitama Super Arena. 10,000 spectators will be allowed inside to attend the event due to the governmental requirements on the COVID-19 pandemic. RIZIN CEO Sakakibara also mentioned that tickets have already sold out as expected. Additionally, due to the government restricting the operations for trains on NYE, the event will end by 10:30 pm.

Additionally, RIZIN 26 will be streaming exclusively on LIVENow https://www.live-now.

Frank Trigg and Joe Ferraro will be providing the commentary for this event remotely. Frank Trigg, who twice competed in front of the Japanese audience under PRIDE, challenged for the UFC Welterweight championship twice with his fierce rival, Matt Hughes - with the second of their two fights being inducted into the UFC Hall of Fame for its intense back and forth action. Joe Ferraro has done play-by-play commentary for RIZIN since the 2016 Openweight Grand Prix, as well as hosting MMA podcasts, doing commentary for various promotions and hosting shows.

Tenshin Nasukawa (39-0, 30 KOs) will be stepping back into the RIZIN ring. Nasukawa holds a perfect 9-0 record in RIZIN, and looks to climb to a clean 10-0 (as well as 40-0 professionally). Along with various karate and professional kickboxing titles, Nasukawa has captured championships at 55kg, 57kg and 58kg in RISE. His last appearance in RIZIN was a high profile bout against former ISKA champion, Kouzi. Opponent is yet to be announced.

The second of the 2 announced bouts pits MMA legend Takanori Gomi (36-15, 1 NC) against kickboxing standout Kouzi (28-14-2, 10 KOs) under a RIZIN Special standing bout. Both fighters will only be allowed to punch with the exception of back fist blows. Both fighters will be bare footed and the bout will consist of three, 3 minute rounds with no decisions. The former PRIDE Lightweight Champion and Grand Prix Champion makes only his 3rd appearance since RIZIN 9 on New Years’ Eve of 2017. His last time out brought an exhilarating KO victory over UFC veteran Melvin Guillard in under 3 minutes. Kouzi made his promotional debut at RIZIN 24 just 3 months ago, in an exciting bout against anticipated rival, Tenshin Nasukawa. The winner of last years’ Combat Press' "Comeback of the Year" looks to put on a great showing and pick up his first win in RIZIN.

Tenshin Nasukawa
“ I will be fighting on NYE. I believe NYE the event is made for me so I hope to put on a spectacular performance. Look forward to it.”.

Takanori Gomi
“I’d like to show the best I could do as a fighter in my 40’s. I’ll try not to get in the way of the young kids trying to do their thing but I think it’ll be a good workout.”. “I don’t even know who this kid is, I don’t follow such a terrible sport”. “There’s going to be a weight difference so I’m okay with this kid wearing head gear and smaller gloves” “I have always been interested in boxing, so I’m kind of excited. Mayweather will be fighting in Japan next year too.”

Kouzi
“It took long to get this confirmed but I think this will be a fun fight.” “Gomi was a great fighter. He used to be the Fireball kid, but now he’s just a Saggyball pops.” 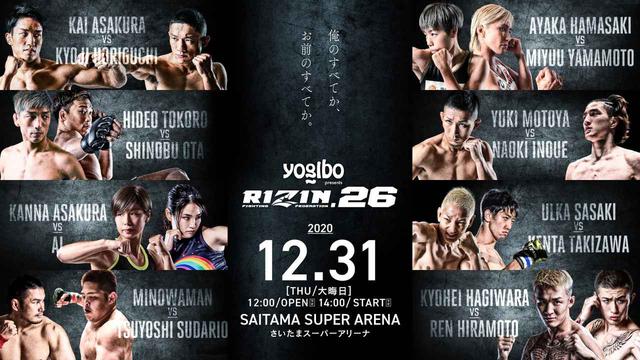 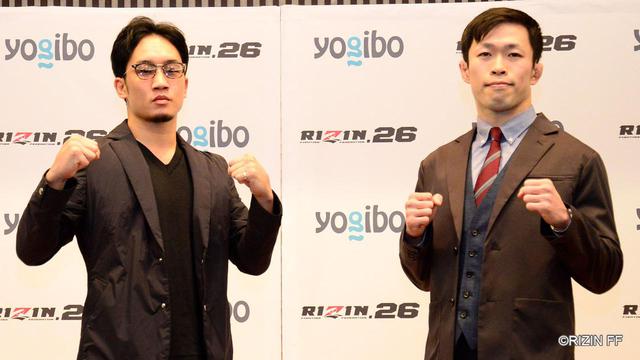 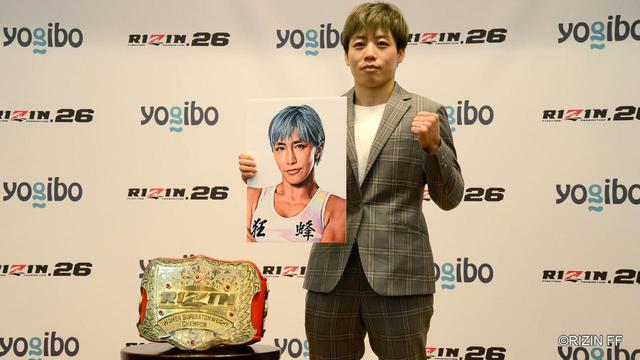 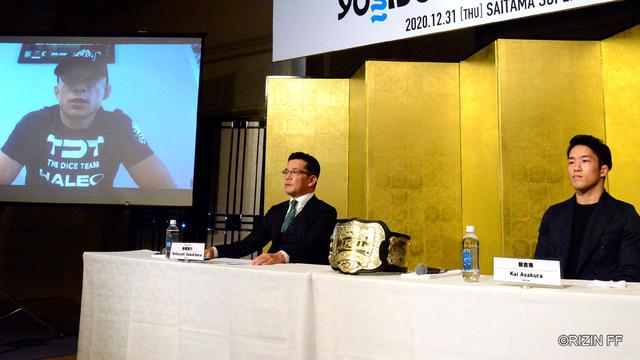