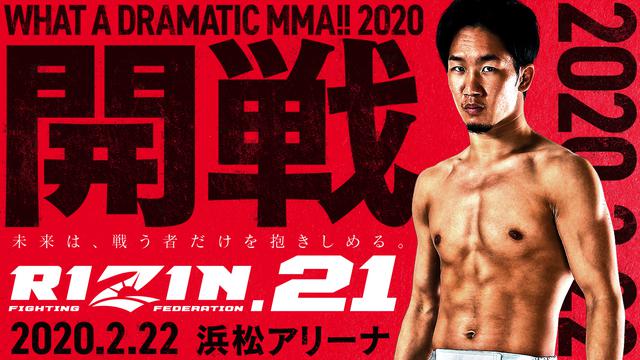 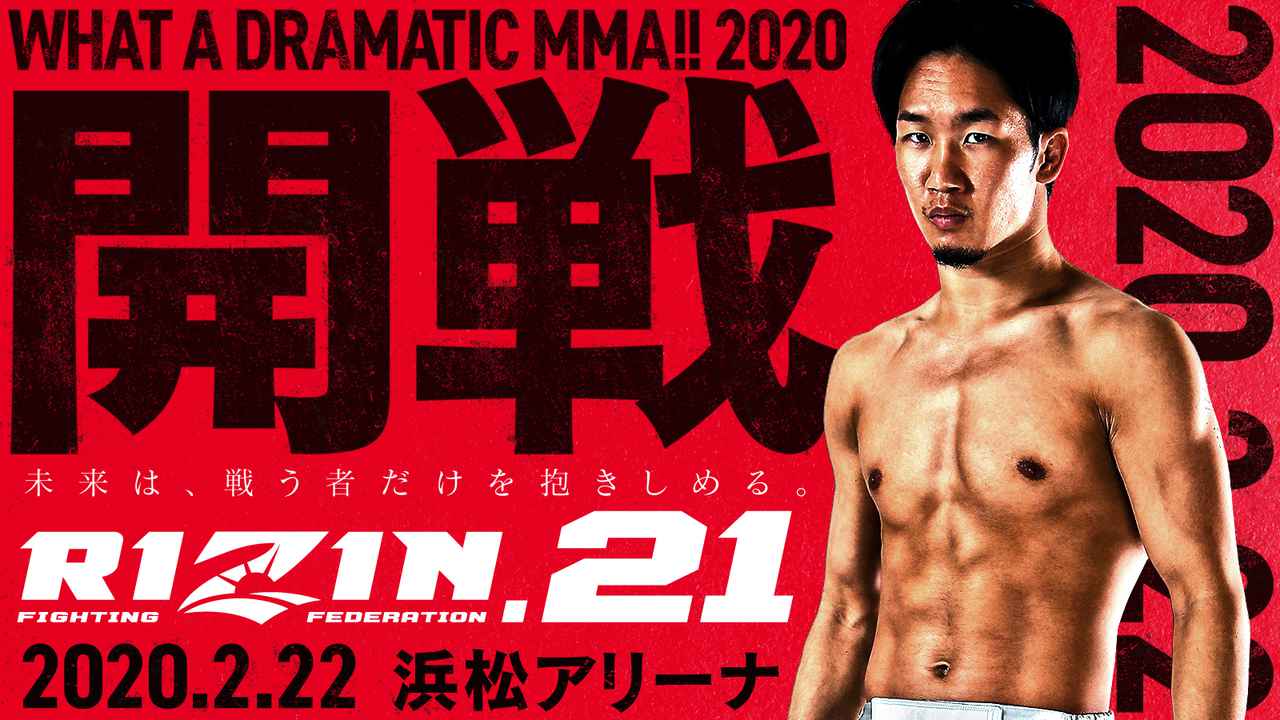 RIZIN.21 will be taking place at the Hamamatsu Arena on February 22nd. This event will usher in the new decade, and marks the promotion’s 24th event overall. This is the promotion’s first time hosting an event prior to the traditional sakura season April card. 13 fights have been announced, with the Bantamweight division once again taking the marquee event along with a unique 1 vs 5 grappling gauntlet match.

3 kickboxing bouts matched up with local fighters will be held as the opening bouts, which will not be shown on the international broadcast, which makes the overall broadcast for FITE TV to air 7 MMA bouts, 2 kickboxing bouts, and 1 Jiu Jitsu gauntlet match. RIZIN’s Brazilian Jiu Jitsu phenomenon Roberto Satoshi Souza will be taking on 5 opponents in a gauntlet match, where he faces Team Nakai and will try to finish everybody in 10 minutes. If Souza cannot submit all 5 opponents within the given time, Roberto Satoshi Souza will be declared loser of this exhibition bout. Souza’s 5 participants is led by Japanese BJJ legend Yuki Nakai, Japanese BJJ ambassador Edison Kagohara, Para-BJJ practitioner Koji Shigemitsu, Comedian Hiroshi Shinagawa and ADCC Kids gold medalist Yuna Kimura.

“I don’t think facing 5 Jiu Jitsu practitioners will be an easy task, but I will do my best to show the fans a fun, exciting Jiu Jitsu match.”

“I’m honored to be given an opportunity to compete against one of the current best BJJ practitioner, and it is a motivating challenge for the rest of the members on the team. I hope everybody gets to see the appeal and greatness of Jiu Jitsu”

“I am grateful to RIZIN and Souza for this opportunity. I will utilize this chance to pass on the greatness of our sport to the spectators and get them interested in what we do.”

“I was born with a paralysis in my left arm and am a paraplegic. But I can compete in Jiu Jitsu. I use my legs and my mind and have developed my own style of Jiu Jitsu. The fact that I have continued this sport for over 10 years have given me this opportunity to compete in the RIZIN ring. I would like to inspire those who are paraplegic, and would like to pass on a message that giving up due to your condition is never an option. I hope to show the unlimited amount of potential of Jiu Jitsu on February 22nd.”

“I am honored to be able to compete against a master such as Roberto Satoshi Souza in front of a big crowd. Beginning Jiu Jitsu has no age limits. I want to show that a 47 year old man has got the moves like an athlete.”