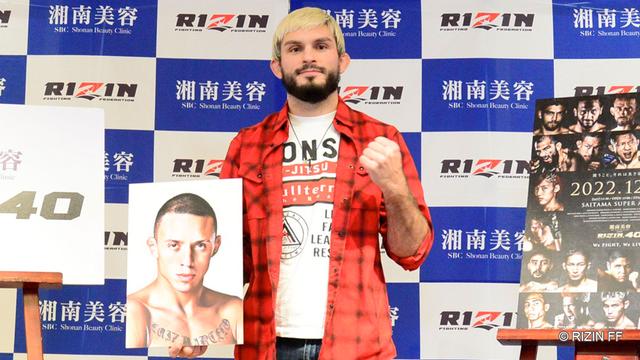 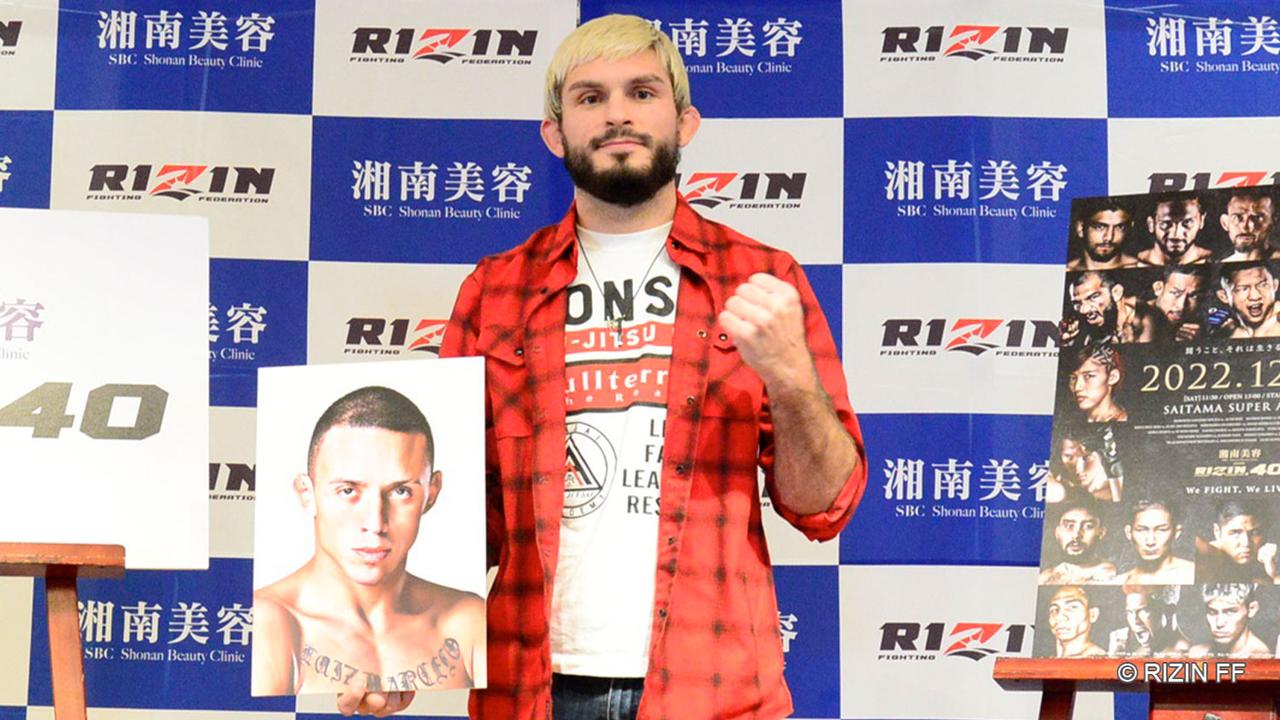 Case returned from his near 2 and 1⁄2 year layoff to face the inaugural and defending Lightweight Champion, Roberto Satoshi Souza last April, where he was handed his second loss in the promotion. He would return 3 months later to face Koji Takeda, and despite being the favorite, lost a unanimous decision - encountering the first 3-fight losing skid of his 36 fight career. In contrast, Gustavo’s 2022 has been an extremely fruitful return from his layoff, scoring back-to-back stoppage wins against Yusuke Yachi and an 83-second KO against a surging Juri Ohara at RIZIN.38 in September. A collision course between two of RIZIN’s finest international talents at 155.

The RISE Kickboxing Champion has had two exhilarating performances in RIZIN thus far, dropping a decision in his MMA debut against former DEEP Featherweight Champion Satoshi Yamasu at RIZIN.28 due to a red card, and stopping former GRACHAN Welterweight Champion Daryl Lokoku at RIZIN.32 in Okinawa. In both bouts, he showcased his takedown defense and striking abilities from different positions. A step up in competition saw him come up short against a former DEEP Lightweight Champion Koji Takeda in just his 3rd bout last New Year’s Eve. 12 months later, he takes on fellow striker Patrick Usami, who is coming off of an impressive stoppage victory of his own. Usami, who stopped former domestic champion Shinji Sasaki in the 3rd round, wants to bring another flashy striking performance in his sophomore RIZIN appearance.

The 68-fight-veteran Hideo Tokoro gets one of his toughest challenges yet when he takes on John Dodson. 21 wins by submission will be plenty of experience to lean into if the fight hits the mat for Tokoro, but Dodson is obviously his most skilled opponent thus far. TUF season 14 Bantamweight season winner, and a former two-time UFC Flyweight title challenger, Dodson’s knockout power has carried him to the pinnacle of the sport. Being ever-so tough to finish, Dodson has never lost a bout by stoppage. Expect a dynamic fight full of quick scrambles.

“I heard about the RIZIN vs Bellator team match and I decided to come early to show my support for Satoshi. This will be my first time setting up a fight camp outside the US and it's a challenge but I believe we all grow from putting ourselves in uncomfortable situations. I've had my eyes set on Gustavo since the 2019 GP and I've always wanted to fight him and this will be a great fight."

“I'm very happy with this fight, my opponent is an excellent athlete, and just like me he's a striker, we're going to have a war and I'm sure I'll win with another big KO. After this victory, to be the next to fight for the belt in my division. I love fighting in Japan and I love the affection of all my Japanese fans, they always give me extra power to seek victory.”

“My last fight in RIZIN was a year ago, and I got my arm destroyed and fell off the radar. But I am still alive and I have been working hard to return to this stage. I plan to win this fight and welcome a great new year. Usapatty, let's put on a good fight. Ever since he's come up to the horizon, he's been a threat. He's a half breed like me, he's a striker, and he's good looking. We share the same characteristics so my job is to eliminate the threat.”

“I'm excited to put on a slug fest against Beynoah. He's trying too hard to be both a comedian and a fighter. I don't appreciate his style, he should stick to one profession. I'm here to win and he should focus on one career.”

“I'm delighted to be able to return to the NYE ring against a former UFC ranker. I will do everything it takes to see the view with my colleagues after fighting 3 rounds with such an opponent.”

“It’s gonna be awesome to get an opportunity to fight back in Japan. RIZIN is an amazing promotion. Hideo Tokoro is a legend in the sport and it’s only right that I get a legend to showcase my skills. He has some great grappling. I’m going to stop it with my wrestling and striking. I just wanna show the Japanese fans my fighting style and this amazing smile of mine.” 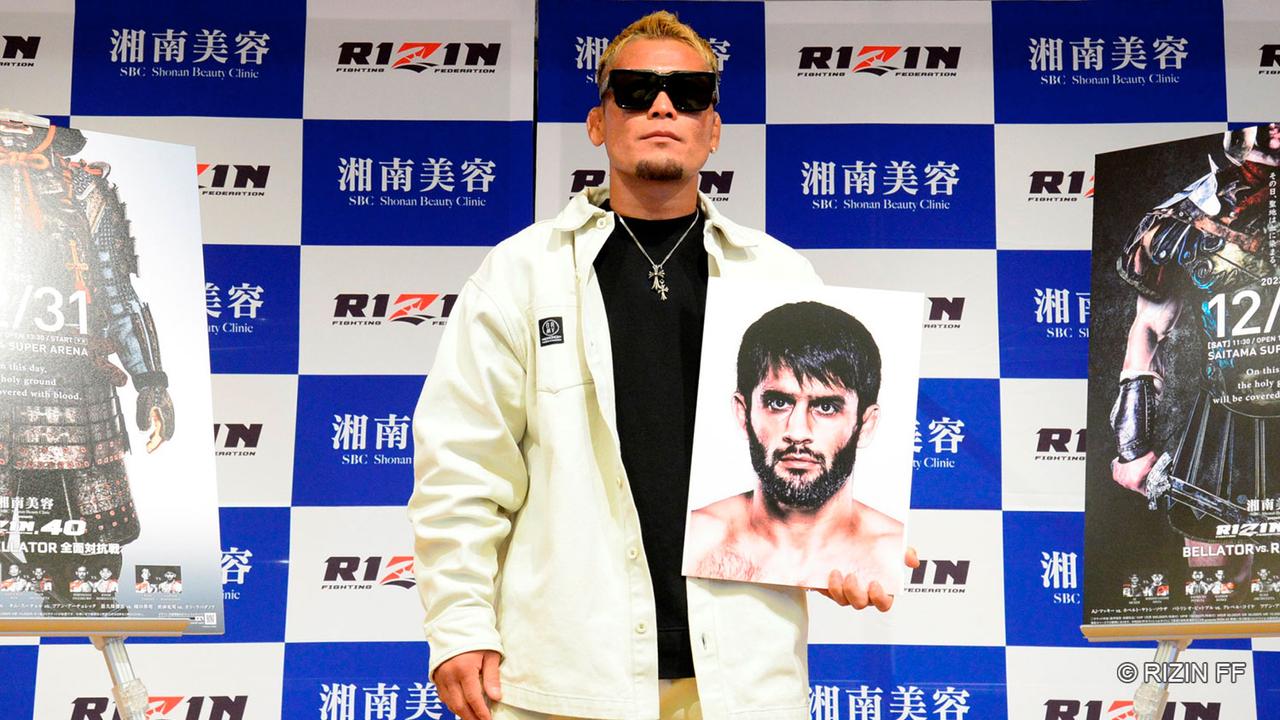 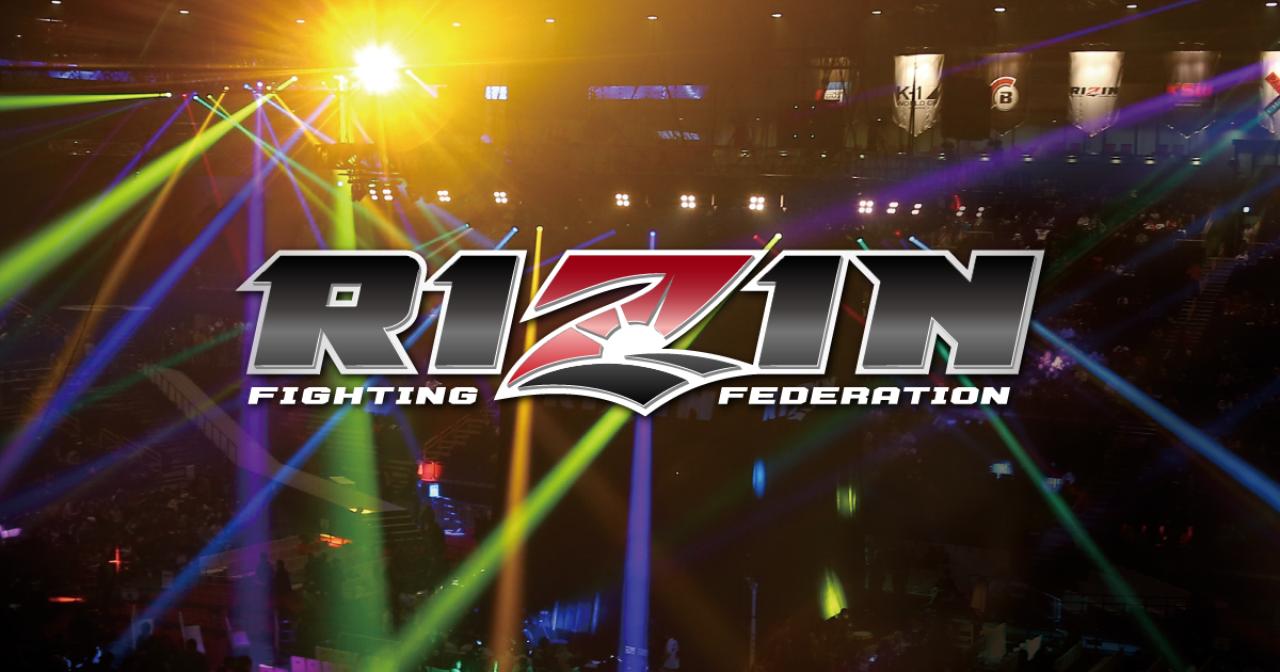