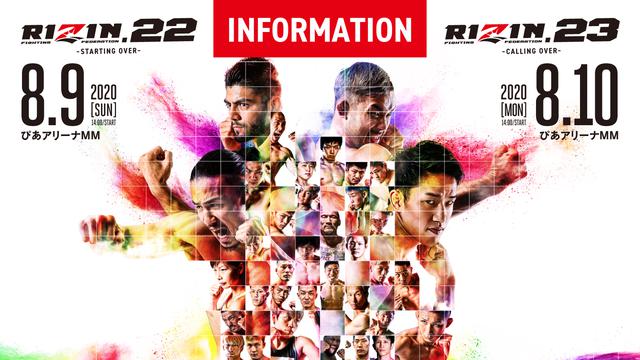 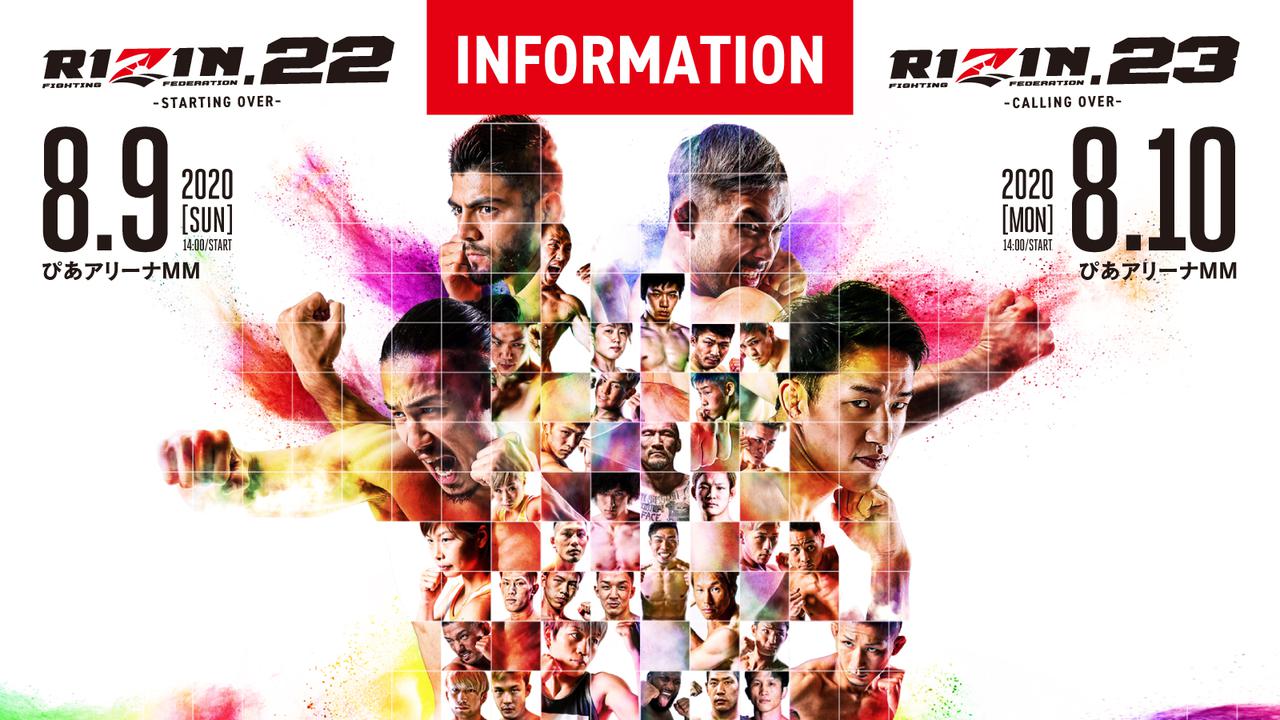 English subtitles added to the RIZIN 22 and RIZIN 23 event trailer. 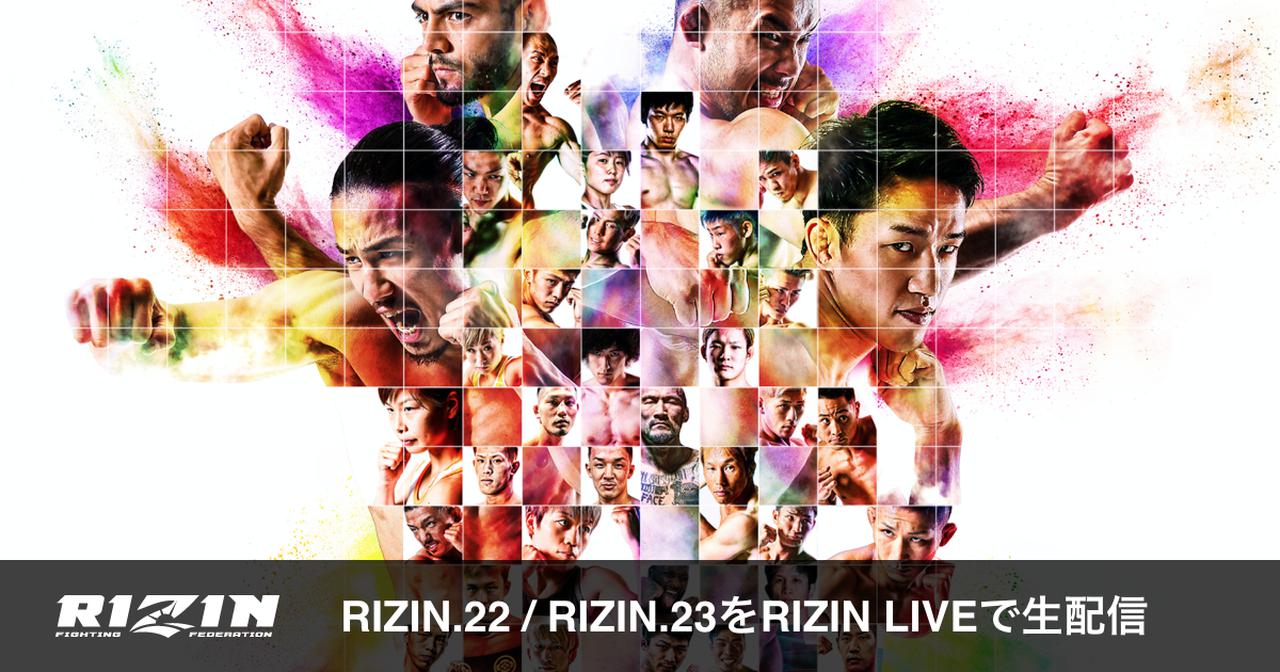 Yachi who has heavy hands will be taking on the Jiu Jitsu specialist Roberto Souza. How Souza's adaption to MMA will be key on how this fight will go. Whoever enforces their fight to his opponent will most likely be able to dictate the entire fight. Striker vs Jiu Jitsu

Tomo Maesawa will be taking on the toughest challenge of her career. Ayaka Hamasaki has the overall skills to shut MAesawa down at any aspect, so Maesawa needs to come up with a solid game plan to squeeze out a win. Grappling with Hamasaki wouldn't be a wise choice.

Atomweight GP winner Kanna Asakura will be taking on a younger opponent for the first time of her career. Mizuki Furuse is a well rounded young prospect who comes in to finish fights. The fighter who comes out on top in the striking exchange will be able to dictate the fight.

Shooto Watanabe will be making his debut against Naoki Inoue. The grappler and is known for his signature "magical choke". Inoue has fewer fights, but has had quality competition and has better overall skills. Will Watanabe be able to make a statement or will Inoue reject him.

Rui Ebata will be taking on Shoot Boxing's Seiki Ueyama. Both fighters have incredible fight IQ and striking technique. This fight will be a fight that will require patience and precision. Expect high level technique exchanges and smart fighting from the two.

The 19 year old current Lumpinee and Rajadamnern Stadium Champion Yoshinari Nadaka will be making his first appearance in the RIZIN ring. His opponent is an 18 year old Yuushin. Don't miss the two highly skilled teenagers put on a a stand up clinic when they meet in the ring.

Due to Uchimura’s injury, Koya Kanda has stepped in to fill the spot to face Tetsuya Seki. Kanda has a huge reach advantage and likes to throw precise strikes from outside. Seki likes to blitz in and throw big shots so the reach difference may not effect his style.

2 brawlers will step into the RIZIN ring for guaranteed fireworks. Rikuto Shirakawa has been fighting in several promotions and has always brought pure violence. Hagiwara is known in the local circuit for his aggressive style and heart. No judges will be needed for this fight.

Erson Yamamoto will be returning to the RIZIN ring after a 14 month hiatus. Kenji Kato will be looking to spoil the Yamamoto protege's return. If Erson brings his wrestling A game, Kato struggle. However if Kato can lure Erson into a slugfest, the fight could go either way.

Kai Asakura earned fame by beating Horiguchi, and Ougikubo has earned his shot by going through wars with top contenders. Asakura has the power to finish the fight whenever and Ougikubo has the fight IQ to grind out a win. The fight between Striker and Grappler.

Motoya has overall better skills but Uoi has the power to beat any opponent in his division. Uoi will have a difficult time dealing with Motoya's creativity if the fight hits the mat. Uoi would like to lure Motoya into a slugfest where he can consistently throw bombs.

2 of Japan's most promising featherweight's will be meeting each other in the RIZIN ring. The well rounded Saito will be taking on the crafty Majima, who holds a 93% finish rate. The key of this fight will be who dictates the clinch once they tie up. A win is essential for both.

Haraguchi and Taiga fought to a draw almost 2 years ago. Both fighters have evolved significantly since, and look to put on an equally exciting performance in Yokohama. The Haraguchi can adjust his distance while Taiga wants to keep the fight inside. Expect a fast pace fight.

Boku has fought over 40 professional fights, and has put himself in world class competition for years. Jin Aoi is a hard hitting young prospect looking to make a name by beating the seasoned veteran. Age will be the factor in this fight, but for who. Experience or youth?

ZST Champ and DEEP Champ Takahashi will be an action packed fight with tons of scrambles and exchanges. Ito has the speed and variations and Takahashi has the power and stability. If Ito can create scrambles without being held down, the fight will be full of fun moments.

Kaito has fantastic fight IQ and the technique to back it up. Daryl has the significant core strength and power that can end the fight at any moment. Daryl wants to end the fight early before Kaito picks up the pace. Kaito wants to take his time to study his opponent.

Both fighters like to blitz into their opponent. Nakamura will blitz in a throw combinations while Saomoto will look for the takedown. whoever gets the upper hand of the blitz exchange will determine where the fight will take place. This will be a battle of keeping grounds.

Matsukura has the technique and power to beat anybody at his weightclass. Mori has a cannon of a left cross. Mori is a southpaw and Matsukura can switch which gives him more variations to attack. Look for the tense atmosphere turning into hard and explosive exchanges.